The second-oldest college in Connecticut boasts of a highly regarded liberal arts program. Expect small classes with passionate professors who care that you actually learn something from their classes.

Bard College at Simon’s Rock, or more commonly known as Simon’s Rock, is another liberal arts college that is considered an “early college”. This means that students can enroll immediately after finishing 10th or 11th grade. The student body is small, so classes are more personal. 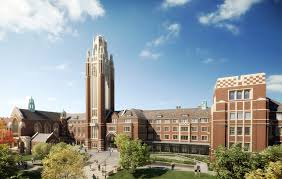 Another school included in the list of the most expensive colleges in the USA is the University of Chicago. This private research university offers a large number of majors for the Sciences and Arts degrees. Similar to private schools, classes are limited to fewer than 10 students per professor. The university’s academic program is one of the top-ranked in the US today. While the cost is on the more expensive end, Dartmouth does offer generous financial aid to all students, provided you meet the requirements. It is considered one of the most beautiful colleges to study in, with an impressive academic program that ranks 10th among the undergraduate programs at national universities. Yet another private liberal arts college, Wesleyan University is considered to be the second most productive college in the US due to the number of undergraduates who have earned PhDs in their fields of study. Wesleyan’s popular moniker “Diversity University” refers to the large number of students with different racial and ethnic roots, politics and religions. Sarah Lawrence justifies the cost of tuition with a low student-to-faculty ratio and a highly individualized course of study where students are mentored by their professors on the direction they wish to take with their studies. You choose what you want to learn. If you love science and engineering and can afford the high cost of tuition, this school is for you. Undergraduate degrees easily translate to entry-level jobs in the science and research fields, but you should be ready for a heavy course workload. Bard College makes up for its small size by fostering a personal connection between the school and its students. Classes are small, and students form personal relationships with their professors. Here’s a Harvey Mudd trivia for you: self-reported data on PayScale ranks Harvey Mudd graduates to have highest earning salaries of any US college. If you love mathematics, this college is for you. Its mathematics department is highly regarded as one of the best and you’re guaranteed a difficult but rewarding workload ahead. The high cost of studying at New York University may be because you ARE in the one of the world’s most expensive cities. But the school also boasts of an excellent academic program with faculty members who are considered pioneers in their respective fields.

If you are looking for private colleges with close-knit communities and excellent academic programs, this list of the most expensive colleges should fit your bill. Just be ready to shell out a bit more money than usual to cover tuition, as well as, boarding and other expenses.

What other colleges are you considering?