Thinking about pursuing a degree in college? Look no further, if you live in Northern California. This region is filled with over 200 highly qualified schools and universities that will certainly help you become successful in your chosen career. If you are seriously considering on pursuing a degree in college, make sure to choose among the best colleges in Northern California.

We’ve compiled the top 10 best colleges in Northern California that will provide you the high quality of education you need.

Stanford is considered one of the best universities in the State, having 7 schools in one campus including Business, Earth Science, Education, Engineering, Humanities & Sciences, Law, and Medicine. Since it was established, this university has been considered one of the most prestigious colleges not just in California, but all over the world. In the 2010 poll done by Princeton Review, Stanford was named as the “dream college” of students and parents. In the 2012 ranking done by US News Best College Graduate Schools, Stanford was listed as 5th rank.

UC Berkeley, also known as Cal, is a public research institution situated in the city of Berkeley, California. Established in 1868, this school offers over 300 degree programs, which focuses on arts and sciences. Some of the most popular majors offered by Cal include engineering, biochemistry and molecular biology, mathematics, plant biology, political science, and economics. In the 2013 ranking done by Kiplinger, Cal was ranked number 8 out of the 100 top schools with best-value colleges in the US, and number 2 in California. In the recent 2013 ranking made by US News & World Report, Cal was listed as the number 1public university in the world.

UC Santa Cruz, simply known as UCSC, is a public university included in the University of California system. The school was established in 1965, and is located in Santa Cruz, California. The school offers a wide variety of degree programs, focusing on arts, engineering, and the sciences. With its quality education systems and amazing online courses, UCSC has been ranked among the best colleges in the nation. In 2012, UCSC was ranked as the 3rd college with the most beautiful campus by Princeton Review. In the 2013 Kiplinger ranking, UCSC was ranked number 8 among the top best-value colleges in California.

UC Davis is a public research university founded in 1905. It is located in Davis, California, with over 2,000 academic staff. UC Davis is one of the largest campuses in the University of California system, with the third largest number of enrollment. The university provides a large number of undergraduate and graduate programs, which focus on medicine, law, education, and business. In the 2013 ranking, Davis was ranked as the 9th best public university in the nation by US News & World Report.

SJSU is a public university located in San Jose, California. Founded in 1857, the school holds the title of being the oldest public university on higher education in the Pacific Coast. It accepts students from a diverse group, which include Asians and Hispanics. Popular areas of study include business, engineering, nursing, biology, and computer science. SJSU has been consistently receiving numerous awards since 2007. In the US News & World Report 2014 ranking, SJSU ranks on the 8th place among the best western public institutions and 13th among the top 200 engineering schools in the nation.

The University of Pacific, or simply UOP or Pacific, is a private university founded in 1851. It has three campuses located in Stockton (main campus), San Francisco, and Sacramento. Several college degrees are offered by the Pacific. Some of the popular fields of study include business administration, law, science, and music. The university currently holds several world rankings and awards, which include being 45th for Best-Value School, 7th for Ethnic Diversity, and 3rd for Economic Diversity.

American River College (ARC) is a public community college located in Sacramento, California. The school was founded in 1955, with nearly 35,000 enrollments and part-time students as of 2013. With its large number of enrollees, the school is considered the largest community college in California. It offers a wide variety of courses, including business, English, arts, education, and science. ARC is the college choice of many students in the Sacramento area.

Simply known as SFSU, this college is a public university located in San Francisco, California. It was established in 1899, and is part of the California State University system. The school offers a large number of undergraduate and graduate programs, focusing on business, education, engineering, creative arts, health, and science. With over 100 years in the service, the school has already received multiple awards and recognition. It has been consistently included in the top 50 universities in the west by US News & World Report.

California State University, Sacramento, also known as Sacramento State, is a public research university located in the city of Sacramento, California. Considered as one of the oldest schools in the California State University system, Sacramento State currently has approximately 28,000 enrollments and 250 different degree programs. Some of the popular degrees offered by this college include business, nursing, criminal justice, psychology, education, and science. The school also has extensions in Singapore, offering an International Master’s in Business Administration (IMBA) course. In the 2012-2013 report, Sacramento State was ranked 14th among the best colleges in state by American Council of Trustees and Alumni.

Chico State is a public university located in Chico, California. It was founded in 1887, which is the second oldest school in the California State University system. The university offers a variety of bachelor’s and master’s degree programs, focusing on science, engineering, business, technology, computing, environmental studies, arts, and communication. Since 2002, Chico State has been included among the top 10 best public master’s universities in the west by US News & World Report. 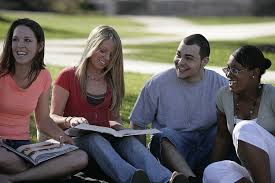 Education is a big investment; that is why it’s very crucial to choose the best schools to avoid wasting money and time. With this list of best colleges in Northern California, you will surely find the right school for your education needs.