Part of a game designer job description is debugging computer codes in order to develop games for different kinds of platforms. This means that for a game designer to perform his job, he should have extensive knowledge in computer and technology. If this ability is combined with creativity, a person will surely be a successful game designer. For someone aspiring to land a job in this field, it is necessary to have the skills in order to perform the above mentioned tasks as a game designer. Here are the steps one needs to follow in order for him to become a game designer:

1. Get a Computer Science or Computer Engineering degree.

3. If possible, get a Master’s Degree in Computer Science.

5. Keep up to date with recent computer developments.

6. Develop skills and personal qualities such as: 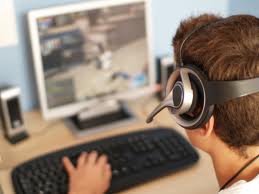 Many game designers worked in game development studios and eventually acquire the skills during their stint as game testers. What one needs is a portfolio of completed work and game design documents or game proposals. Some employers hire game designers who have no relevant educational background. What is truly necessary in order to become one, is to develop the skills needed in carrying out the tasks outlined in the game designer job description.

Be the first to comment on "Game Designer Job Description: Steps On How To Become One"