Are you planning on enrolling at ITT Tech? Read these ITT Tech reviews first before filling out that application form. The school is known to be very expensive. But their notoriety goes beyond overpricing. ITT Tech is also known for a lot of controversies. Here’s a no-holds-barred review of ITT Tech:

This technical school has been in operations since 1946 and they have over 130 campuses in 38 states. What separates ITT Tech from other learning institutions is that they are considered a for-profit institution. This means that they’re not restricted with their tuition fees and other charges. This, in itself, is not a bad thing. But with student loans spiraling out of control, ITT’s reputation is taking a bad hit. Controversies have hounded the school as of late. Here are some of them:

1. It is a known fact that ITT Tech charges one of the highest tuition fees in the country. Students are expected to pay $40,000 to $80,000 for their education. It also depends if they took up an Associate program or a Bachelors of Science program, with the latter costing more.

2. Most students who go to ITT Tech cannot afford the tuition. As such, they have to rely mostly on student loans. With high interest rates and with scant options after graduation, ITT Tech students and graduates have recorded the highest loan default rate (in a two-year attendance period) nationwide.

3. The credits earned while attending ITT Tech can’t be transferred to a community college or a state university. This puts ITT Tech students at a disadvantage if ever they want to pursue further education. The only institution that accepts ITT Tech credits are other ITT Tech campuses. Even the US Military does not accept credits from this school.

4. With a for-profit business model, ITT Tech makes it a point to accept as many students as they can, to maximize their profits. They are actually very lax in their screening process for applicants. This leniency results in overcrowding and a low grade-point average for most students.

5. The US Department of Education and the US Congress are now trying to crack down on for-profit institutions such as ITT Tech. There’s a growing concern that the debt taken in by the students of schools like ITT Tech might spiral out of proportion. Investigations of these institutions are currently on-going.

6. There were widespread reports of inappropriate behavior by faculty—including bribing students for better grades or for better appraisals. Teachers have also been caught lying on attendance reports in order for them to qualify for bonuses.

7. Recruiters of ITT Tech are known to employ unethical means to lure individuals to enroll at the school. These employees of the school often are not upfront about the loans. The enrollee, then signs up for a loan that they can’t afford to pay. These recruiters also sugarcoat the fact that ITT Tech credits are non-transferable to other colleges or universities. 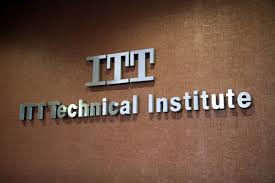 The Verdict: Enroll At Your Own Risk

ITT Tech certainly has a lot of detractors. There seems to be a lot of unsatisfied and unhappy graduates coming from this school. But it’s not only the graduates and the students who speak up. Former faculty members are sending in their opinion as well. There’s certainly some risk involved when enrolling in a learning institution like ITT Tech. With the controversies outlined above, it’s hard to find a redeeming quality about this school.

And to further fuel the fire, here’s a link to a forum thread that contains all the negative stuff about ITT Tech. Do take the posts on this forum with a grain of salt. Not all of them may be factual (but you already know that). Read them for what they’re worth and come up with your own conclusion. At least you now know more about the school now.

Consider this and other ITT Tech reviews found across the web before making any decisions. Incoming freshmen or those who wish to transfer schools might do better by applying in their local community college. They will get better opportunities to transfer to a state university there. And the tuition fee should be around three quarters less than what ITT Tech charges.

Be the first to comment on "ITT Tech Reviews: Read This First Before Applying!"