Learn all about Ivy League schools here. Read further and find out what make these schools the best among the best. The eight Ivy League institutions are known not only for their strong academic programs, but also for their top notch research work. Plus, each school is rich with history and culture. Brown is a small university with less than 9,000 students enrolled. Like the other Ivy League schools, Brown University is known for its academic excellence—it ranks number 14 in the US. For its achievements, Brown has the distinction of being the happiest and most liberal college in America. Their soccer team is also highly ranked, at #25 nationally.

Brown University is located in Providence, Rhode Island. It has an acceptance rate of 10% and an annual tuition fee of $44,000. Among the eight Ivy League schools, this university gets the lowest research grants at only $2 billion a year. This school has a smaller student body than Brown, with only over 6,000 students enrolled. Even with lesser students, Dartmouth outperforms Brown because it sits at 10th Spot in the list of best colleges in the US. Dartmouth is one of the more spacious colleges. Life inside the campus is fun due to the presence of fraternities and sororities.

Dartmouth College is located in Hanover, New Hampshire. It has an acceptance rate of 10% and an annual tuition fee of $45,000. 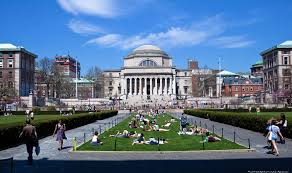 Columbia has the second largest student population among the 8 Ivy League schools at 26,000 students. It ranks 4th best college in the United States because of its constant pursuit of excellence in academics and research. As a matter of fact, their Core Curriculum program is perhaps the best curriculum out there.

Located in Manhattan, this school is near the hustle and bustle of the Big Apple. With Columbia having the highest standard in academics, it’s no wonder that they charge so much for their tuition–$49,000 a year. It is also very selective, accepting only 7% of all applicants. Cornell is the youngest among all Ivy League schools—founded in 1865 (just after the civil war ended). It’s a decent-sized school with more than 20,000 students and earns a top 16 mark in the best college ranking. Cornell boasts of one of the country’s best lacrosse team, winning the NCAA title 7 times, from 2003 to 2009.

This school is also located in upstate New York (Ithaca to be exact). The annual tuition fee to attend college at Cornell University is $45,000. Cornell also has a 17% acceptance rate—the highest among the eight schools. Penn offers its students not only top-notch academic programs, but an active student life as well. They ranked # 7 as the best college in America. It’s sized decently, having around less than 10,000 students. University of Pennsylvania is highly recognized for its achievement in academics and research.

Penn is located in West Philadelphia and their tuition fee is at $46,000 a year. Its acceptance rate is 13%. 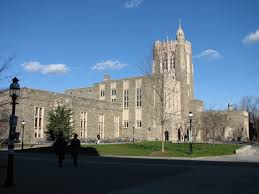 Princeton is another small school with only 8,000 students enrolled. It’s another school that prides itself in both academics and research. In fact its ranking in the Best US Colleges is number 1. The school offers a lot of diversity in its programs while maintaining a highly-active in-campus life.

Princeton University is located in the peaceful town of Princeton, New Jersey. It charges the lowest tuition among all the Ivy League schools, at only $40,000 a year. But their admissions are strict—they accept only 8% of all applicants. Like the other Ivy League schools, Yale is also known for its academics and research. Yale employs the most number of staff to augment student education. Plus, their research grants totalling up to $16 billion a year. It also has one of the world’s largest libraries, with more than 12 million volumes. Yale also ranks 3rd in the Best Colleges list.

Yale is located in New Haven, Connecticut. They charge $42,000 a year for tuition and their acceptance rate is also at 8%. Harvard is perhaps the most well known Ivy League school (more popular than Princeton and Yale). They are known for their world-class facilities, programs and faculty staff. They rank #2 in the Best College list. The prestige one gets when enrolled in Harvard is hard-earned. They only accept 6% of all their applicants. The most surprising fact about this school is that they can generate more than $30 billion in research grants.

Harvard is located in Cambridge, Massachusetts and their annual tuition is $42,000.

If you dream of attending any one of these schools, you better do well on your SATs and improve your GPA now. Go to their official websites and find out more about these Ivy League schools.

Be the first to comment on "Ivy League Schools: Are They The Best Universities in The US?"