Music conservatories are great training grounds for aspiring musicians who aim to have their skills in music known to the whole world. Entering these reputable music institutions could assist these individuals in their search for great opportunities, wherein they could showcase whatever it is that they have learned from studying music. With their intensive training coupled with the connections that these schools can offer, the possibility of making it in the world of music is with more certainty. So, here is a list of top music schools known for their capacity in providing the best music programs and high quality education.

Three music areas are given emphasis in this university: music theory, music history and performance. In the course of their education, the students have the privilege to make use of the various facilities housed in the school’s state-of-the-art music building – the Sigfried Weis Music Building. Here, one can find several practice rooms, faculty studios, a recital hall, and an extensive music library. Everything that an undergraduate student would need in his study of music can be found here. Unfortunately, they would not be able to pursue further studies in this school because there are no available graduate programs.

The University of Rochester was not named the hottest music school by the Kaplan/Newsweek Guide in 2008 for nothing. This school offers its students a wide range of music areas in which they could focus on such as theory, music education, composition, and jazz studies. Programs in early music and accompanying are also available.

If you think that that Paris is only known for is breathtaking scenery, think again. This city is also a home to one of the world’s most respective schools for lovers of music – the Le Conservatoire De Paris. Said conservatory is a great option for those who would want to specialize in early music as well as with the use of classical instruments. One’s dream of playing an orchestra could also be achieved in this school because most of the students who graduated from the same were given the opportunity to be part of the school’s orchestra.

There is no doubt that the Department of Music hosted by this private university is a good place to study music. If it is not, then it would not have ranked second in the 2011 Best Colleges Ranking as provided by U.S. News and World Report. Music programs for both undergraduate and graduate students are available here, with some focused on composition, musical performance, jazz studies, musicology and the like. 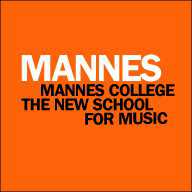 The New School of Music is a consortium or conglomerate of colleges of music including Parsons and Mannes College. Degrees in composition, voice and classical music performance are offered for graduate and undergraduate students. Apart from that, bachelor’s degrees on contemporary music and jazz can be availed here. To this date, there are 314 graduate and undergraduate students enrolled in is classical music program alone, learning from distinguished faculty members some of whom are notable composers and members of the Philharmonic and Metropolitan Opera of New York. 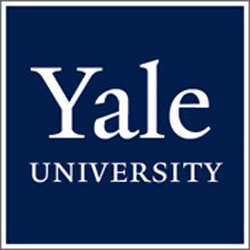 One of the largest conservatories in the world, Manhattan School of Music is home to some of the best musicians of this age from whom students could learn from. Its faculty includes members of the Lincoln Center Jazz Orchestra, Metropolitan Opera, and the New York Philharmonic. Its curriculum is more focused on performance opportunities by holding more than 400 student concerts annually.

Living up to its status as the top university in the United States, Harvard University’s Department of Music is known to provide comprehensive education in music for graduate and undergraduate students. Among the areas that these students can specialize on are historical musicology, ethnomusicology, composition and music theory. Also, there are several facilities that the students can enjoy for being part of the music department, such as the Harvard University Studio for Electroacoustic Composition and the John Knowles Paine Concert Hall.

If the student’s interest is mainly on contemporary music, Berklee College of Music is probably the best option. Master’s and Bachelor’s degrees are offered for the following areas: professional education, music technology, composition and performance. Its programs have great emphasis on hip hop, blues, rock and jazz music. Applicants are expected to do a nerve-wracking live audition before being admitted to this school.

The Juilliard School remains to be the most popular and intensive training ground for aspiring musicians. Here, high school students can already enroll and continue their studies until they get master’s and doctorate degrees. Its programs include specialization on composition, conducting, historical performance, voice, guitar, jazz studies, and piano.