Education is a very important tool in shaping and guiding the young people to become leaders of the future. Education is not only limited in school classrooms, but in everyday life. The education system today is facing so many problems that need to be addressed not just by the government, the teachers or the administrations, but also by the students and their family. The hot topics in education today are serious and must be addressed by those in power in order to resolve them. Here’s a look at the ten hottest ones. Cheating in school is common – cheating in exams, home works and papers. Statistics showed that as much as 98% of college students have cheated at least once in their college study. This cheating usually starts in the middle school years. There are many reasons why students cheat, but the main reasons are to pass and to get ahead. Going straight to the point, students who cheat do not deserve the grades they attain. The problem in students who cheat is that they view it as a not a big deal and parents and some teachers think the same way. There has been a long standing debate about private educational institutions being better than public educational institutions and vice versa. However, nowadays, it is hard to tell which institution provides high quality performance based on achievement scores in the school subjects. The difference between these two institutions lies in the fact that private schools tend to admit students with higher IQ and higher SAT scores. Private schools also have better preparation/training for the teachers. Of course, private schools are expensive in comparison to public schools, so that’s a big issue right there.

8. SAT scores are no longer required in some American Colleges Lots of students are struggling under the pressures of performing well on the college entrance tests such as SATs. Nevertheless, there are increasing numbers of colleges and universities that are carrying out new policies for admissions and some have even made taking these entrance exams optional. The main reason for this is the test results or scores are not automatically correlated with the student’s success in college. Reserve Officers Training Corps or ROTCs are programs preparing the students for handing leadership roles and for fulfilling careers if they choose to engage in the military. The ROTC programs are offering scholarships to the students who are interested to attend college and enlist in the military service at the same time. Programs in ROTC are comprised if Army, Navy (Navy and Marine Corps) and Air Force and students enlisting in any of these programs will harness the benefits of free tuition as the program will pay for the tuition. Some programs provide allowances and after graduating, the students will part of the military of the country.

6. Parents being too involved Parents who are consciously or unconsciously overprotective with their son(s)/daughter(s) in college are often accused of ruining the entire college experience for hem. However, according to recent education surveys, those college students who have closer and personal contact with their parents are more content and satisfied with their college life because of that connection. Students with this kind of closeness to their parents have more success in their writing and critical thinking and more likely to interact with their peers and faculty/teachers when it comes to substantive topics. However, parents with a hyper involved type of connection with their son/daughter in college will feel the opposite.

There are about 12% of high schools in the United States that have an increasing and alarming number of student drop outs. South Carolina, Florida and Nevada are the top three states with the most students dropping out during high school. In addition to that, at least 20% of the high school in 8 states having graduation rates of lower than 60%. The statistics for graduation on a national level is 70%. There are only 50% of Hispanic and black people who will graduate from high school based on this study too. Of the 70%, there are only 32% who are ready to take college. This situation is compounded by the problem that most students would rather look for jobs and earn a living rather than study. 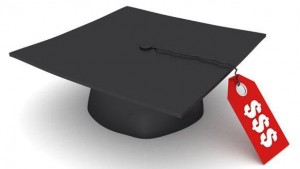 One of the significant and hot topics in education is its rising cost. This is not just in the country, but all over the world. One of the main reasons why young people are unable to attend school is money. The cost of education has been increasing and will continue to increase in the future. The problem is that the cost of living is rising fast, but the wages are not increasing with it. The increase in tuition is significant in both public and private schools. 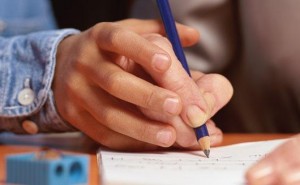 Prevalent illiteracy will not only lead to the decrease in the quality of education, but also increased unemployment rates, increased crime and detention to go along with increased cost of social projects. It causes a strain in the economy because the federal government needs to provide for them and their needs. Illiteracy contributes to the downfall of society – every society in the world. Literacy is not just about knowing how to read and write; it is also about functioning well in their workplace. The sad news is that a significant number of primary and high school students in the US are considered illiterate for two reasons: some of them are not in school, and some of them are not getting quality education.

Student loans are a big issue in education. For the past decades student loans have helped thousands of American students finish college and attain a degree. While working part time will help pay for board and lodging, the steep tuition costs in different universities push students to take loans that they would have to pay once they find a job. The problem with student loans is that most of them charge interest and already place extreme stress and financial burden on a young adult. If the government and other agencies could offer financial aid to students who are really deserving but unable to pay for their education, that would be a big improvement. As mentioned above most students resort to taking out student loans just to finish school. The problem is that most of them have a difficult time paying these debts off after college. Understand that they will land entry level posts when they first find jobs and will also have to support themselves, so having loans to pay in the tens of thousands will be a tall order.

Be the first to comment on "Top 10 Hot Topics in Education: What Students are Talking About Today"