Every now and then, a number of online websites release a list of some of the most expensive colleges in the US. This is perhaps to give people an idea on what are some of the best options they have when it comes to education. These days, even if there are cheaper options, it still seems that the most expensive of them all are usually the ones that can provide top quality education and many other things too. Let’s take a look at some of these expensive schools now. The Northwestern University is located in Evanston, Illinois. It is ideally positioned at the heart of Lake Michigan and occupies around 240 acres of land in Chicago. The annual tuition fee in this school is estimated at $41, 893 while annual total cost is estimated at $58,829 and this includes other miscellaneous fees as well as in-campus accommodation among students. Note that only undergraduates can be provided with in-campus lodging. 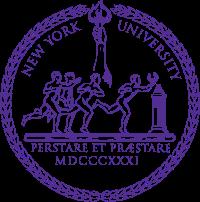 Just like Fordham University, New York University is also located at the heart of NYC. According to source, the tuition fee in this university is not necessarily too alarming because it falls in the same range with that of other schools. However, since living in New York is expensive and the school does not have its own campus accommodation, in the end studying in this university might really cost you a lot of money especially if you are not a scholar.

Washington University is located in St. Louis. The ones regional school is now turning into a national school and has received more enrollments the past couple of years more than it ever did in the past. The school also employed a number of professors who are well-trained in their own respective fields and the school also now conducts a number of different researches to make their school even more popular. The annual tuition fee is estimated at $41,992. 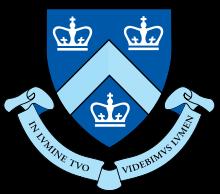 Columbia University is located in New York City and is also one of the most prestigious Ivy League Schools of all time. What’s great with this kind of school system is that undergrads are provided with school accommodations and the fees are already incorporated in their tuition fees making them feel like they save more throughout the year. The university’s annual tuition cost is estimated at around $45, 290. Other than this, Columbia University has produced a lot of graduates who are now doing really great in their chosen field of expertise. What’s more, a number of these students have gone out into the world inspiring more and more people. University of Chicago is located at the heart of Chicago. The school was first founded in 1890 and was once known as the most prestigious research universities. At present, this university remains to be a go-to school among economists who wish to improve and further their skills in the said industry. The annual tuition fee in this institution is estimated at around $43,780. The school is also known for a more focused approach in teaching their students with only a few accepted enrollees yearly. Sarah Lawrence College is located at Yonkers, New York. The said university promotes its mantra, which is “Wisdom with understanding.” This great school offers a range of courses for all of their students as well as the top of the line amenities that they are really very much proud of. The estimated tuition cost of the school for a year is around $45,900 and room accommodations are estimated at $14,312 per year. Sarah Lawrence College also has a number of majors you can choose from so finding a place in the school wouldn’t necessarily be a problem on your part. Harvey Mudd is one of the seven schools that make up the Claremont Colleges consortium. The annual tuition cost in this college is estimated at around $44,159 while other fees are estimated at around $14,471 particularly for board and lodging. A number of courses are also available in this institution. Just last year, the school increased its tuition fee of around $2,915 for better amenities and improvements in their top quality curriculum. A number of wonderful majors are also available in this institution. Wesleyan University is located at Middletown, Connecticut. This university offers a tuition fee of around $45,358 that does not include boarding and lodging among undergraduate students. The fee for the latter is estimated at around $12,574 per year. The school is one of the most expensive universities in Connecticut primarily because of their quality of teaching and education. A lot of the school’s graduates go on to becoming PhDs while others get into industries that have made use of their majors in college. Boston Conservatory is one of the most expensive schools in Boston that employs a one of a kind learning system. The estimated annual tuition fee in this institution is roughly around $58, 573 but what one can get from it is great education and learning as well as a number of great benefits from a conducive learning environment that everyone can really benefit from. Also, Boston Conservatory is known for honing the talents of their students so they also offer multimedia courses as well as special skills learning lessons.