While it is accepted that college education is expensive, there are colleges that charge a whole lot more than most.  Which colleges are the most expensive? Check out our list of the 10 most expensive colleges in the world.

This private liberal arts college has a low 9:1 faculty to student ratio and a student population of just 1,300.  The most expensive college in the list cost $60,236 for tuition including the room & board charges during the 2012 to 2013 school year.  Named after Sarah Lawrence who was the wife of its founder, it is known for individualized course of study and interactions patterned after the Oxford/Cambridge system of tutorials.  It is known for its programs in the humanities, writing and performing arts. This university situated in New York City cost its students $59,337 for tuition and room/board during school year 2012-13.  It is a private and non-sectarian research university with its campus in the famous Greenwich Village.  It is a favorite of international students seeking universities in the US, perhaps because it regularly sends out students on an exchange program with foreign universities.  Its graduates have been honored with 36 Nobel prizes and 16 Pulitzer prizes.  Ten alumni have so far received the National Medal of Science. This college in Claremont, California has both liberal arts and engineering programs.  It cost its students $58,913 for tuition and room/board in the 2012 to 2013 school year.  Its strength lie in general sciences even as it combines research and education in its programs.  It is part of the Claremont Colleges.  Its alumni are among the highest paid in the country. Who hasn’t heard of Columbia University in New York City?  It is the oldest institution of learning in the state, and established as one of the nine original Colonial Colleges in 1754.  It was originally named King’s college, but was later renamed Columbia.  Its prestigious alumni have earned 98 Nobel prizes, and it administers the annual Pulitzer Prize.  It was the first American school to produce a medical doctor, and counts 29 current and former heads of state among its alumni. During school year 2012 to 2013 students had to fork out $58,742 for tuition and room and board. Fifth in the list is this private liberal arts college in Connecticut.  The school was established by the Methodist Episcopalian Church in 1831 and named after the founder of Methodism – John Wesley.  It focuses on undergraduate programs in arts and sciences.  Students enrolled in school year 2012 to 2013 were set back $58,502. 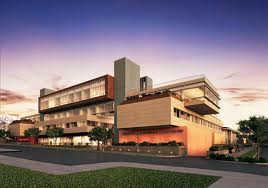 Located in Claremont, California, this liberal arts college started out as Claremont Men’s College in 1946 and became coeducational in 1976.  The name McKenna was added in 1981 in honor of one of the founding trustees.  Claremont McKenna College is known for being one of the most selective in accepting student applicants.  Tuition, room and board in school year 2012 to 2013 cost each student $58,065 – the sixth most expensive college on this list This New Hampshire College is a private research university and a prestigious Ivy League school, which was one of the original nine Colonial Colleges when England still ruled America.  It opened its doors in 1769, and despite its small size, its alumni have won three Nobel Prizes.  Students spent a hefty $57,996 each for tuition, room and board during school year 2012 to 2013. A private art and design college established in New York City in 1896, this college used to be known as the Chase School after its founder William Merritt Chase.  Other names it came to be known by include the New York School of Art, Parsons School of Design, and New York School of Fine and Applied Art.  Students at this college, which is considered the most prestigious art and design universities in the world, had to pay $57,910 for tuition room and board in school year 2012 to 2013. This private non-profit research university in Baltimore opened in 1876 using a $7 million donation from John Hopkins for its establishment.  It has a strong natural science department and also has a strong focus on science, medical research and engineering development.  Students paid $57,820 in school year 2012 to 2013. This private research university was established by the American Baptist Education Society in 1890, aided by a donation from John Rockefeller and the land from Marshall Field.  Its physics department is credited with the first man-made self-sustaining nuclear reaction in the world.  It has won 87 Nobel awards.

While expensive does not always mean the best, some of the schools listed here have produced a lot of notable alumni – Nobel Prize winners and heads of state among them.  Read through the list and maybe you will find the right college for you..