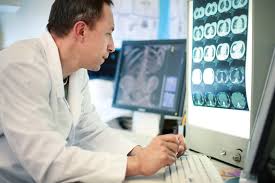 Are you thinking of becoming a Radiologist? If you are, then you are on the right track since they are one of the most highly paid medical professions.  The average radiologist salary  per year is $320,000, although this figure may vary on place of employment, state and the work experience of the radiologist.

Read on to know more about the radiologist salary and career:

What do Radiologist do?  Radiologists are medical doctors who specialize in finding ways to cure patients’ diseases and disorders with the use of medical imaging. They are also experts on Anatomy and Physics.

An X-ray machine is similar to a camera that takes pictures of what is inside your body. Most of the time, you see images of bones and the organs of the body. The x-ray machine will send radiations through the body and images will be recorded on a film.

CT Scan, as what it is popularly known, is an imaging procedure to make detailed pictures of the body. This procedure is used in determining fractures, tumors, infections and body structures.

MRI said to be the best procedure to see what is inside the human body. This procedure uses radio wave pulses and powerful magnets to create the images. When undergoing an MRI, the patient has to lie down and pass through the special machine while images will be stored in a computer for more study and diagnose. 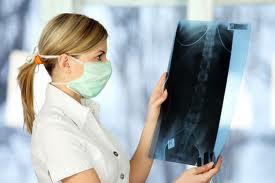 A radiologist usually earns an average of $320,000 annually. The starting salary of is believed to be an average of $50,000.  Experience plays a vital role in determining a radiologist salary, as well as their location and state.

Average Salary based on Workplace

The radiologist salary also depends on where one is geographically located. Radiologists working in major cities earn a higher salary and compensations.

Average Salary based on State

How to become a Radiologist?

To become a radiologist, you need to go to medical school. Admission to a medical school is very much competitive.  After the completion of your medical degree, you have to pass the licensure examination and go on to complete a 4-year residency. To practice radiography in the UK, you must be registered with the Health and Care Profession Council. You also have to complete an approved training program in diagnostic or therapeutic radiography.

Yes, it is true that there is no such thing as an easy way in life’s endeavors. It entails hard work, diligence and passion to achieve success in your chosen profession and fields. Considering the high potential of a radiologist salary and the promising career, don’t you want to become a radiologist?