Most people think that college is about serious academics. Not for some. This is because college is also the part in life where most students start to become independent, start to take baby steps towards facing life’s challenges and start making a career. Of course, in spite the academic realities of college life, no one can deny the fun life in college, namely numerous parties. College is not just academics; it is also about having fun during the parties and making your mark in your college. If you will ask most college students, attending college parties are some of the things they expect to experience in this two to four or even more years of stay in college. There are many students preferring to live in dormitories and housing for students to experience independency. In most parties, what can you expect? Alcoholic drinks to go along with socializing. College drinking games are always present to spice up the party night as well as in adding more fun to the party itself. There are several drinking games created and some creates variation of what is known. It is always fun to drink in parties, but remember, after the party, there should be no more after party events and you should sleep because drunken people tend to do things out of their mind that in return, can cause some serious problem. In other words, as what most alcoholic beverages advertised in the end, drink responsibly. The ‘Circle of Death’ drinking games is mostly associated with social game in which it permits lots of interaction for every contestant playing this game. As you play this game, make sure that you equip yourself with fast thinking plus creativity so that you can get ahead and in making the game more fun and interesting. In this games, don’t expect any winner or loser. Just enjoy the game and have fun. After all, these are the main purpose in playing any drinking game! 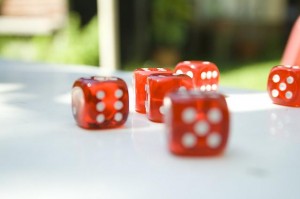 This ‘Twenty One’ game is ideal if you desire to play when you and your friends go to the bar to have fun. This game is fast pacing one and the loser will have to pay a price – he/she has to buy the winner a glass shot. There is no need to think deep or be creative in this game, just play and feel the fun. Make sure that you have enough money in your pocket as you play the game! If you and your friends want to drink lot of alcoholic beverages, playing ‘Golf’ is the ideal play to engage. This is not the sporting event in which Tiger Woods starred – this is game requiring the player to do use some skills, memorization and the capability of doing addition of four numbers altogether. Who will win? The one who can get lowest score at the table will win. Give this game a try! Bar dice is about a game testing your skill and decision making. If you lose, you have to pay for the drink that the winner wants to buy. Do not take this game lightly; you may end up money-less if you get caught up! Kidding aside, you have to know this if you do not want to end up paying the entire bill in the bar. The name of the game may sound rude, but this is how to game is all about. As a player, you can order around the other players and these orders are based on your and other players’ ranks. This fun and exciting games will produce an ’asshole’ and he/she is the lowest rank player. If you became the lowest ranked player, get ready for your friends bossing around you and you may end up drinking a lot if you are that ranked.

From the name itself, you can guess than Speed Quarters is a fast-paced game. In this game, the slowest and worst player playing at that table will be the one to drink most of the beer. In this game you will need quarters and shot glass – just bounce the coins and try to shoot it to the glass! The more you shoot properly, the more you can avoid drinking and the more fun you will feel as you race with your friends. No, this is not the sports and this Hockey game is about playing cards. Hockey is like a traditional card games and it is one of the best games to kick off the night. You need skills and logical thinking in order to win this card game. Some of the similarities of this card game to the real hockey sport are that it composed of teams and the teams who scored the most will win. Caps are not your common college drinking games. But it offers great excitement and fun to all players. You have to do some practice about this game before you try it out. College students who play Caps are hooked to play it for hours! That’s how fun this game is! Of course, expect heavy drinking in this one! The Flip Cup drinking game is another very well-known game played in most college house parties. This is another team-based game in which many people can play and try. This is speed drinking and race to the finish. Everyone will drink here, whether you win or lose because it is the game! Who will not know Beer Pong? This game is undeniably the most common and popular game in most college parties. Party goers usually put some twists and variations to this game to give more fun and excitement to the classical Beer Pong. You will surely want to play this in your next party!